Behavioral Science Can Still Surprise Us

Policy Lab: Guaranteed Income Programs Give People What They Need Most
Blog
Policy Lab: Leveraging Behavioral Science to Help Families Build Savings
Blog
4 Tips for Making the Most of This Giving Season
Blog
The Art and Science of Planning for Facility-Based Childbirth in Liberia
Blog 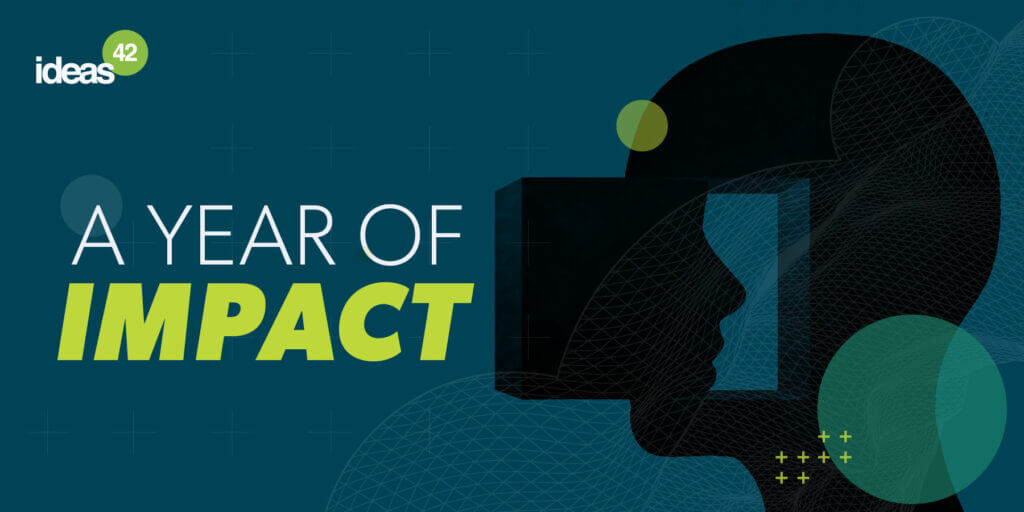 To those looking in on the scientific process, it can often seem like a tidy operation of nicely measured ingredients and serene labs. Researchers and journalists tell the story of this work from idea to insight as relatively linear. Whether or not they arrived in the same place they expected, this can feel like the results were inevitable.

The reality, of course, is much messier.

Behavioral science is no exception. Ideas that produce fantastic results in one place and time maddeningly fail to reproduce in other contexts. Work that is theoretically sound sometimes doesn’t translate to the real world. Mistakes sometimes lead to crucial breakthroughs.

This disconnection between how science is neatly told but haltingly performed does a disservice to those looking on. Science’s messiness is a feature, not a bug, because if we were never surprised or confounded, there would be no need to perform studies. It is often where our expectations are dashed and our patience tested that we learn the most about how to remedy some of the world’s toughest problems.

Let’s correct that artificial neatness. As 2022 winds down, we’d like to celebrate the mess of science—and its power to move us past our expectations and toward unimagined futures. In the spirit of continual learning, here is a small smattering of surprising findings that have provided invaluable insight into how to make our work even more impactful.

1. People on both sides of the political spectrum have authoritarian tendencies.

This surprise came to us from our research into what narratives people believe about individuals living in poverty in the United States. In particular, our Narrative Change team has been looking at how constructs such as social dominance orientation, right-wing authoritarianism, and racial resentment relate to harmful poverty narratives in the United States.

Let’s look closer at the first two. Social dominance orientation measures people’s opposition towards equality for everyone in society, known as anti-egalitarianism, and their willingness to maintain (and increase) dominance of their group versus others. Right-wing authoritarianism is broadly defined as the tendency to submit to traditional authorities and values, as well as punish those who disagree.

Belying expectations, we found people across the political spectrum endorse authoritarian and anti-egalitarian views. Although there is a pattern where more Republicans rate higher in social dominance orientation and right-wing authoritarianism than Democrats in the U.S., there are a fair number of Democrats that also score highly on social dominance orientation. In fact, many more than we expected.

These findings offer important insight into how to get people to the polls or to vote for policies that promote generous social policy (in particular those types of policies that may help reduce inequality).

2. Job seekers persist more when asked to affirm their skills and accomplishments, rather than their identity as unemployed.

One project from our Global Livelihoods work aimed to help young Egyptians tap into their existing skills to get hired.

Unemployment is often associated with harmful stereotypes that may lead people to believe that they don’t have the skills for a job. For example, many job seekers told us that they had previously believed formal jobs required a bachelor’s degree, so without that level of formal education, they felt unqualified for the positions offered. One of the approaches we considered (a basic priming activity) actually discouraged people from following through on seeking employment.

To combat this, we designed an affirmation activity that allowed job seekers to reflect on their skills and accomplishments (rather than their identity as unemployed). Job seekers were more likely to think of their positive identities and strengths, which, when paired with an interview checklist, led to 58% more people getting a job. Wow!

A third surprise came out of our U.S. Safety and Justice portfolio, working to reduce the costs of probation—both to courts and to people who use them.

A growing body of evidence shows that long probation terms are costly for court systems, drive up incarceration rates, and do not contribute to greater public safety. Many people on probation face significant challenges to rebuilding their lives, such as being barred from employment and housing opportunities.

With the Georgia Department of Community Supervision (DCS) and the Council of State Governments, we developed new supplemental materials for probation officers and judges that reinforced the idea that emphasized the benefits of early termination.

We found that when these supplemental materials were used, judges were more likely to approve petitions to end parole. But to our surprise, probation officers who used the materials denied about 35% more petitions.

This points to the different contexts of judges and parole officers, a critical insight on the path to ensuring that more efficient processes are also delivering fair results. As we’ve long known and this work confirmed: context matters. Now we have a new question to answer: What will help officers approve more petitions to terminate parole early for qualified parolees?

4. Do girls in Ghana think smoking is socially acceptable? It depends on socioeconomic status.

Tobacco use is rising exponentially among adolescent girls in Ghana. Our Global Health team is studying which interventions and behavioral barriers can help disrupt this rise.

In particular, we found that girls on either end of the socioeconomic spectrum—those with very low or very high access to resources—are more likely to smoke compared to their middle-class peers.

Why are girls on either socioeconomic extreme more likely to pick up smoking? We don’t yet know, but we’re working to find out.

The apparent paradox of behavioral science is that the more we learn about human behavior, the less confident we are that we can predict it. Change comes from testing our ideas, co-designing solutions with people who know the experiences best, and methodically seeking to understand the contextual features. We have to see how real people behave in real situations.

The upshot of this is that despite a sense that the world’s problems are only growing more complex, our way of approaching those problems—with humility and a rigorous dedication to evaluation—remains sound. In the years to come, we are optimistic about what we can learn and how we can use that to build a more equal world.