The First Step Towards a Solution: The BETA Project

At each of our pilot sites, the BETA Project uses a four-stage problem-solving process: define, diagnose, design and test. In the coming months, we will highlight interesting findings from our work at each stage over this past year.

We’ll start by discussing the define stage, where we attempt to correctly define a problem that can be addressed by behavioral diagnosis and design.

In order to solve a problem, you need to know what the problem is. Individuals and organizations often fail to take adequate time to define their problem. Instead, they leap directly into creating solutions. Only when those solutions fail do they go back to the drawing board and attempt to figure out exactly what problem they are trying to solve.

There are examples of failures to properly define problems in many domains. An especially illustrative example comes from the failure of the famous Arctic explorer Robert Falcon Scott’s “Terra Nova” expedition. 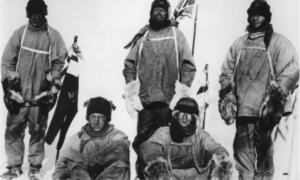 Scurvy, Scott & Getting to the South Pole

Robert Falcon Scott wanted to be the first explorer to reach the South Pole. His first “Discovery” expedition in 1902 was thwarted by difficulties with starving sled dogs and an outbreak of scurvy among men on the team. Scurvy is a horrible disease with symptoms that include extreme tiredness, disintegrating gums, immobilization and open wounds that won’t heal. Given his experience, in preparation for Terra Nova eight years later, Scott attempted to prevent scurvy by seeking the latest advice from doctors and other Arctic explorers. He was told that scurvy was caused by bacteria in tainted canned meat, and took great care to prepare the Terra Nova team accordingly. Unfortunately, these precautions didn’t help, and Scott and his team ended up in an icy grave.

Today we know that scurvy is caused by a vitamin deficiency and can be prevented and treated by eating fresh fruits, vegetables and certain animal products that contain vitamin C. While this specific fact wasn’t known to Scott and many of his contemporaries, medical research in the 1700s concluded that “scurvy is solely owing to a total abstinence from fresh vegetable food and greens; which is alone the primary cause of the disease.” By 1740, the British Royal Navy mandated that every sailor receive a daily dose of lemon or lime juice to forestall the disease. If it was known for almost 200 years that lemon or lime juice could prevent and cure scurvy, why in the world was Scott trying to guard against bacteria in tainted meat?

One major conundrum is that Scott and the scurvy experts he consulted defined the problem incorrectly. While doctors in the 1700s took a wide lens to the problem and asked “How do we prevent and treat scurvy?” with the development of germ theory in disease research by the early 1900s, Scott and his contemporaries took a more narrow lens. They assumed that scurvy had a bacteriological origin (borrowed from germ theory), and consequently defined the problem as “How do we ensure that our meat is not tainted with bacteria?” For many diseases, like cholera, germ theory was an important medical advancement because bacteria are the actual cause. But for scurvy, it was a step backward, as scurvy is caused by a vitamin deficiency and not the presence of bacteria. 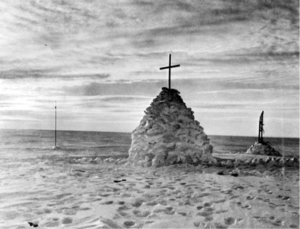 When a problem is poorly defined, it is difficult to correctly interpret information. Experienced Arctic explorers such as Scott noticed that when explorers ate fresh seal meat, the symptoms of scurvy lessened. However, when they preserved the meat, scurvy re-surfaced. We now know that this is because the process of preserving and cooking meat leached away vitamin C. But since they had defined the problem incorrectly, Scott’s expedition believed this was evidence that they had failed to properly preserve the meat. Tragically, the expedition would throw out meat that was perfectly well-preserved (though lacking vitamin C) under the mistaken belief that it was tainted with bacteria.

The advance in medical knowledge was, in this case, a curse. Rather than exploring what actually causes scurvy, practitioners in the field started to take intense efforts to rid their food of bacteria, making Scott’s efforts to protect his team from scurvy entirely ineffective. The problem was defined too narrowly, and it contained the assumption that scurvy was caused by bacteria. With a broader definition of the problem, Scott’s might have returned home safely, rather than resting in a cairn somewhere in the Ross Ice Shelf.

Next BETA Project Post: Helpful Tactics to Define a Problem

How can we, as practitioners in the consumer finance field, avoid similar pitfalls of poor problem definition? In our next BETA Project blog post, we will highlight some problem definition tactics that were especially helpful to us and may be helpful to leverage findings from behavioral theory for your own program. These posts and other helpful insights from the BETA Project will be available on CFED’sBehavioral Economics blog and the BETA Project website.