This piece originally appeared on InAsia.

On a rainy evening in Kathmandu not long ago, we fell into a conversation with Bahadur Sherpa, a 60-year-old laborer, who recalled the ecstatic mood of 2017’s historic local elections. He said he had reached his local polling place, a school, at 6:00 a.m. to find hundreds of expectant faces already queueing up to cast their votes. The air was abuzz with anticipation that these local elections, the first in 20 years, would usher in a new era of reform. 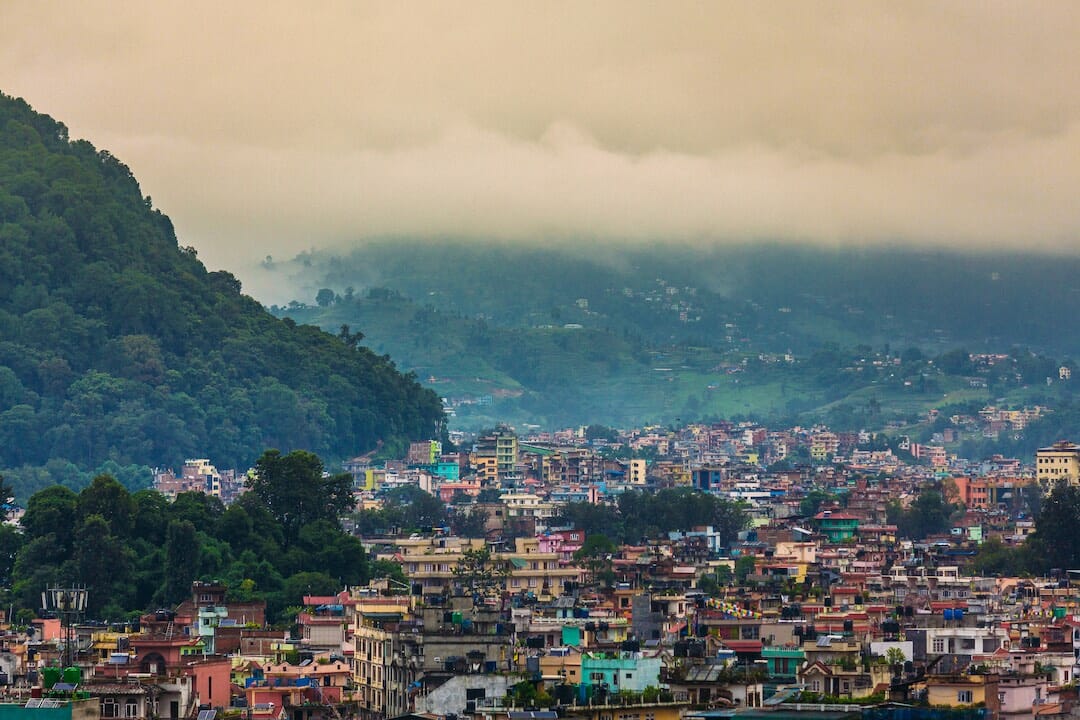 In his lifetime, Mr. Sherpa has witnessed many changes in Nepal, from several decades of monarchy, to the advent of multiparty democracy in 1990, to the national, provincial, and local elections that heralded the launch of federalism in 2017. These rapidly unfolding events have not been easy to adapt to, however, either for citizens, whose expectations of government have naturally evolved as governance reforms have progressed, or for government, which has sometimes struggled with federalism’s burgeoning landscape of actors, agencies, and communities.

The introduction of federalism and the decentralization of governance were explicitly envisaged to improve services at the local level. Like many governments that have pursued such reforms, however, Nepal has found this main objective to be surprisingly elusive. While fingers may reflexively point to a lack of political will or to structural shortcomings such as not enough money or official expertise, the fact that many countries, with a wide variety of structural and political resources, have experienced similar challenges suggests there may be more to say. 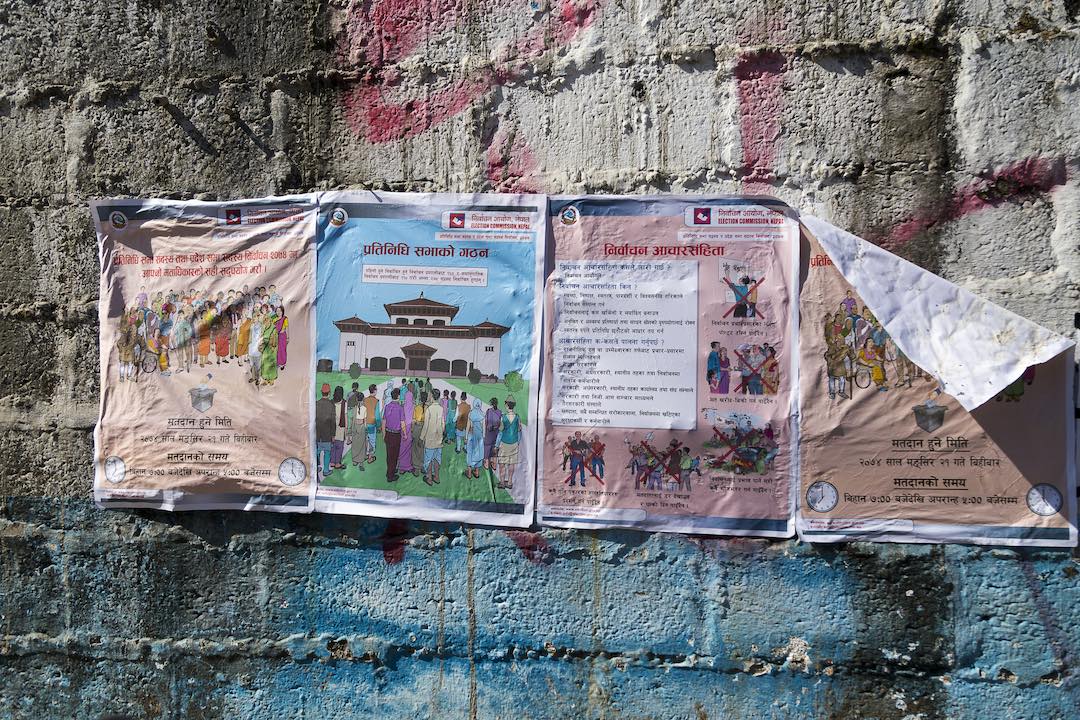 For instance, Nepal’s reforms—which are by their nature complex and difficult to execute—have passed through multiple rounds of legislative and administrative planning and approval, suggesting an abundance of political will and institutional buy-in. Difficulties in implementation have occurred despite the hard work and commitment of a cadre of experienced, highly motivated individuals.

Why should this be so? While problem-solvers often look first to institutional capacity, financial resources, and the skill and experience of implementers, we offer here a different lens, drawn from behavioral science, to help us peer more deeply into the ways that actors in a system of decentralized governance decide, or fail, to act. As we do, we suggest that failings ascribed to political or institutional causes can often be better understood as behavioral responses to the social context in which decisions and actions occur.

Drawing on the successful application of behavioral science in fields such as healthcare, education, criminal justice, and consumer finance, ideas42 (an organization that uses behavioral science to address complex social problems) and The Asia Foundation have been developing a new toolkit to apply behavioral insights to the study of governance, and particularly to the knotty challenges that have hindered reform and the transition to federalism in Nepal.

There is certainly a prima facie case for thinking about official decision-making in this way, since governments are made up of people who, like everyone else, exhibit common behavioral quirks and are subject to systematic cognitive biases. We would imagine that careful analysis of the context in which government officials make decisions and take actions could identify opportunities to introduce small, incremental changes. On the other hand, our behavioral approach to governance issues requires a careful investigation of a country’s unique context.

With this in mind, we spoke with public servants, elected officials, civil society and governance experts, and citizens in two provinces of Nepal to map out the sorts of things they decide and do. We sought to understand how behavioral bottlenecks—impediments to decision-making or action rooted in human psychology—can frustrate desired ends. We have been able to identify some underlying psychological phenomena through these conversations. These insights, which deserve further exploration, suggest some promising lines of inquiry into the barriers hindering Nepal’s transition to federalism.

Status quo bias. Confronted with novel choices, humans display an observable preference for the status quo—sticking to decisions that are now defaults. Nepal’s new constitution requires that provincial and local agencies adopt their own rules and procedures for implementing government policies, which is a significant change. Because they have not been in the practice of making their own laws, local officials continue to await instructions from above, just as in pre-transition times. Across the table, meanwhile, federal authorities have continued their own prior practice of imposing subnational laws from above.

Subnational government inaction is often attributed to “lack of will” or “lack of capacity,” while the federal government is seen from the local perspective as “controlling.” Arguably, however, there is a behavioral cause for this government paralysis: people’s deep-seated preference for the status quo, which manifests itself in unsolved problems and service delivery that has been slow to improve, impeding the overall transition process.

Identity. Human beings make decisions based not only on costs and benefits, but also on their perceptions of themselves and others and how they see their roles. This identity phenomenon plays out in complex ways when decisions and actions involve several stakeholders on different rungs of a hierarchical ladder or representing different groups and interests.

Issues of identity are evident among Nepal’s elected representatives and senior bureaucrats, particularly gender identity. Women in elective office (92 percent of Nepal’s municipal deputy mayors are women, for example) have complained that they are belittled by their male peers and superiors. They attribute this behavior to gender. Identity issues like this create animosities and strained working relationships that lead to inaction on all sides, affecting the delivery of services and frustrating the goals of the transition to federalism.

Social norms. Human actions are influenced by the unspoken rules and norms that characterize social groups. In our field observations, we have seen ward officials adopt another ward’s use of “magic tongs” from China to pick up garbage, prioritize healthcare delivery because of another ward’s success, and dismiss public corruption as simply “natural” because it is so widespread and therefore, apparently, the norm. These actions betray the underlying psychology of the human beings who make up governments: like the rest of us, they are influenced by the norms and behaviors visible in those around them, deeming them generally acceptable.

The planning fallacy. Even disciplined individuals engaging in a familiar task may display an optimism bias, overestimating their own ability or underestimating the time and resources they will need to achieve their goal. This unrealistic optimism about one’s own tasks is the chief characteristic of a behavioral phenomenon known as the planning fallacy. In Nepal, federal officials often view subnational governments as lacking capacity, and since the transition they have turned to training programs to bring provincial and local officials up to speed. Has it worked? Not entirely. Despite substantial training in budgets and management, officials still exhibit the planning fallacy, underestimating their need for time and resources. Rushed and under-resourced in the closing months of the fiscal cycle, they fall back on familiar rules of thumb that tend to favor high-visibility projects like infrastructure. While infrastructure investments are an urgent necessity in Nepal, rushed planning and haphazard budgeting compromise the quality of new infrastructure and divert resources from other needs like social development, where projects may have a lower profile but continue to yield returns far into the future.

Ideas42 and The Asia Foundation will continue to delve into the implications of these preliminary insights. With a deeper understanding of these behavioral phenomena as they play out in the Nepali context, we will be better positioned to take the next step—devising solutions to these problems so that the new era of reform that Bahadur Sherpa and many others look forward to can be realized. Stay tuned to InAsia for our next post, discussing potential behavioral interventions specific to Nepal, and for our upcoming white paper on the application of behavioral science to governance more broadly.