By Josh Wright and Bonnie Wallace 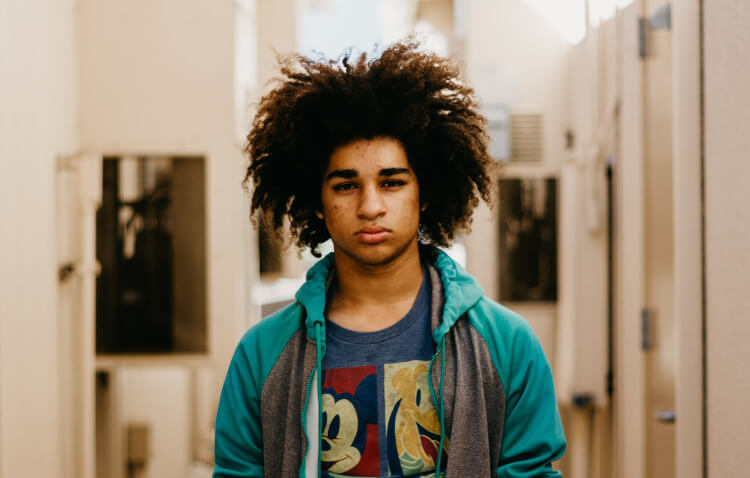 America’s staggering economic inequality, particularly impacting people of color, and the financial instability of most individuals and families in the United States, show that our society is not on a sustainable path to prosperity. Historically, many philanthropists, NGOs, financial institutions, and other industries working to support economic mobility have approached financial health from a purely financial perspective, generating specific products, tools, or financial education aimed at helping people with lower incomes save, reduce debt, achieve home ownership, or manage money. But the fact is, for a person experiencing poverty, it’s nearly impossible to think about savings or planning for the future when they don’t know if they’ll have enough to eat this month.

To truly make an impact, we have to examine the larger context in which people make their financial decisions, as well as address the systemic and structural barriers that prevent shared prosperity and have contributed to and amplified the racial wealth gap.

Of course, it matters whether a person is able to weather emergency expenses, afford to buy a house, build credit, or save for retirement. But equally important is what kind of neighborhood they live in, where they can send their kids to school, and if they have a reliable job with predictable hours that provides a living wage and affordable healthcare.

Traditional approaches to financial health have failed to account for the environmental, health, and social circumstances that impact a person’s overall wellbeing. That’s like clearing a street of litter each day without considering how to prevent litter from being dropped in the first place.

A deeper understanding of human behavior, and how people make decisions and take action in the real world based on their environment or context, can shed light on innovative ways to address the myriad of factors that contribute to poverty both in the immediate- and long-term.

Reduce the excess cost of poverty

The COVID-19 pandemic laid bare the complex and deeply rooted inequities and structural issues that have made it all the more challenging for people with lower incomes to escape the cycle of poverty. The fact is: there are many excess costs faced by people with low incomes making it more expensive to be poor in America.

Here are just a few examples. Across the U.S., those with less pay more in total for the same quality of housing, yet they have access to lower-performing schools. Living in poverty means less access to healthcare and worse health outcomes. And basic financial services cost significantly more for the 50 million people who are unbanked or underbanked in the U.S. than for others. While the unbanked population has declined in recent years, it’s important to note that unbanked rates for Black, Latino, Native American, and Alaska Native households remain substantially higher than for white households.

New, scalable technologies and tools that help reduce the many excess costs, be they financial, psychological, or time-bound, faced by people with lower incomes is one strategy for meaningfully improving financial mobility and overall well-being.

Nobody understands the excess costs of poverty like people who have directly experienced them. If we want effective solutions, those with lived experience must be directly involved in designing them. Yet they are often excluded from the problem-solving process. It’s critical that the development of new tools be driven by people from a wide diversity of backgrounds who have personally experienced the multiple decisions and challenges of living with lower incomes.

Addressing systemic problems also requires changing public policies that have made financial inclusion and wealth building challenging, particularly for Black, Latino, and other historically marginalized communities. Public policy sets the rules of the road: it forms much of the context people must navigate, and it creates economic subsidies and incentives.

Policy decisions contribute to systemic racism and inequality, and continue to fuel inequality by giving the vast majority of economic subsidies for asset and wealth building to the wealthiest. In 2019, more than half of the $645 billion spent by the federal government on asset and wealth building went to the top 5% of income earners, while families with low incomes received very little.

More than half of the coronavirus emergency funds for small businesses went to just 5 percent of recipients, with about 600 mostly larger companies, including national chains receiving the maximum amount of $10 million dollars. In contrast, only 25% of funds were distributed in amounts of $150,000 or less.

Let’s put it another way. According to the Brookings Institute, if Black and Latino Americans held a proportional share of wealth, it would amount to $12.68 trillion in household wealth, rather than the actual sum of $2.54 trillion, underscoring the economic potential of closing the racial wealth gap.

Evidence-based policy would help achieve this, but is often not widely supported due to harmful false narratives about poverty.

Why is there such resistance to public policy that supports everyone? False narratives about poverty contribute to the wide discrepancies in who benefits from government spending. In the U.S., perspectives on poverty are deeply influenced by ideals of the “American Dream”: those who work hard prosper and become successful. As such, it is often wrongly believed that anyone struggling financially must not be working hard enough or are personally at fault in some way. This fuels a harmful narrative of the “undeserving poor” in our society that impedes the will to make broad policy changes.

In reality, living in poverty and trying to navigate a way out is incredibly challenging, and it’s even harder if you are a Black American. Shifting the narrative from the people in poverty to the context of poverty underscores that circumstances are often outside of most people’s control. In order to create public will for policy solutions that can meaningfully tackle poverty for everyone, we need messaging and tools for changing deeply embedded, false cultural narratives about the causes and impact of poverty in the U.S.

Only by going beyond traditional financial solutions and taking steps to systematically tackle the complex drivers of poverty in three parallel efforts—reducing excess costs of poverty with technological tools, relying on evidence to create policy that helps lift people out of poverty, and changing harmful narratives about poverty—will the U.S. make meaningful progress on reducing inequality and increasing economic mobility and prosperity for all.