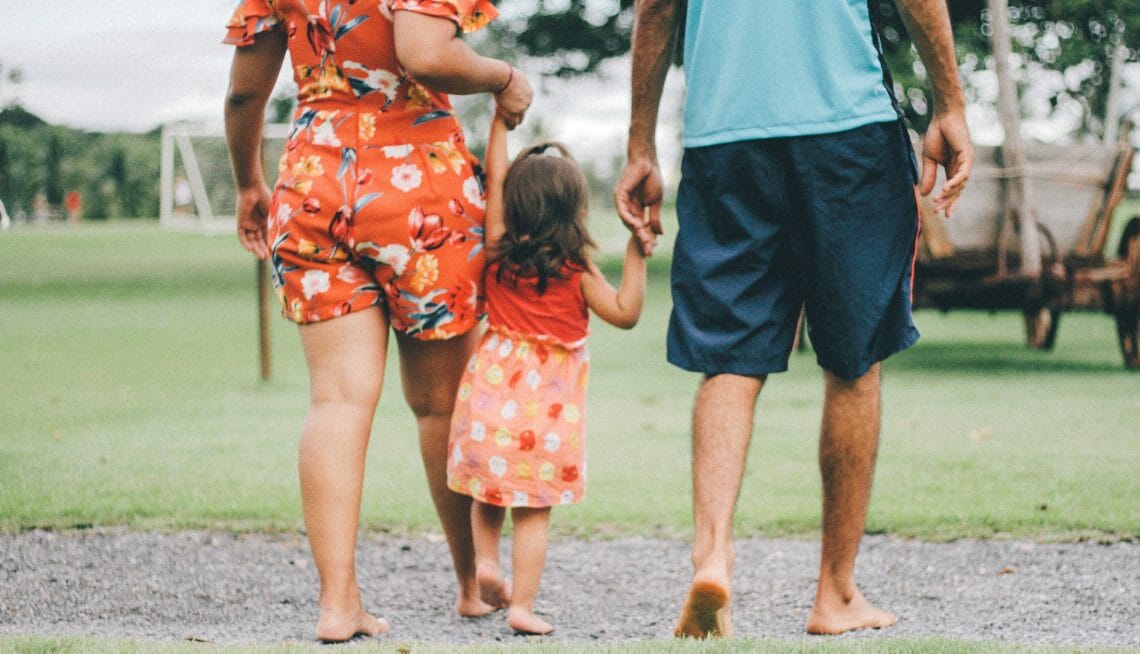 The Trump Administration’s expanded “public charge” rule was set to begin on October 15th before being temporarily blocked by a federal judge only days before going into effect. If implemented, the rule would withhold green cards from immigrants who use common social safety net programs such as Medicaid, which provides health insurance to low-income families, and the Supplemental Nutrition Assistance Program (SNAP), which provides food assistance. Even though there are differences in how safety net programs are affected by the proposed change (e.g., using nutritional assistance for pregnant mothers and young children through the Special Supplemental Nutrition Program for Women, Infants, and Children [WIC] is exempt), a tremendous lack of transparency, confusion, and fear have already led one in seven adults in immigrant families to avoid safety net programs all together. This public charge rule is designed to discourage immigration by making the prospect of life in America as hassle-filled and intimidating as possible, and is consistent with the current administration’s overall approach. It’s a vivid example of a sludge: changing the choice environment, in this case by increasing fear, uncertainty, and stigma around safety net programs to reduce social welfare.

Virtually all social scientists predicted that, if implemented, the public charge rule will significantly reduce enrollment in crucial safety net programs for low-income immigrant adults and their families. Even though the rule applies to noncitizens, millions of U.S. citizen children with immigrant parents will also be affected [1]. Estimates indicate that between 1 million and 3.2 million fewer eligible individuals will obtain Medicaid coverage and 1.8 million fewer people will enroll in SNAP benefits. This means $2 billion in lost support per year, which will create predictably large declines in health and food security and more poverty.

Preventing people from accessing the safety net is harmful—full stop.

These declines in access to the social safety net will have long-term consequences on immigrant families, particularly children. A large body of research shows that the safety net reduces poverty and improves health. For example, Medicaid has been shown to improve mental health, financial security, and reduce out-of-pocket health spending. In addition, Medicaid access in childhood raises adult earnings enough to approximately pay for itself. SNAP reduces poverty and its effects are even larger when the poverty rate increases during economic slowdowns. WIC has been shown to improve birth outcomes and infant health. What’s clear: when people do not access these important benefits, there are lasting negative impacts on their health and well-being.

Even though the public charge rule has not gone into effect, its mere announcement has likely had a negative impact on millions. We show below how safety net program enrollment has declined since the rule was announced last October and provide evidence that these declines may have been driven by the announced public charge rule. There are behavioral explanations as to why this may be the case, which we describe below using our Poverty Interrupted framework.

1. The proposed rule change increases the costs borne by already taxed immigrant populations by adding additional hassles to benefit uptake, and reducing synergies between social safety net programs. This makes it harder for people to easily get what they need.

Behavioral science tells us that small hurdles or “costs” in program enrollment can have outsized impact on program access. And we know that public benefit programs are often riddled with hassles, even for non-immigrant populations. This rule change piles on even more. Foremost, it creates confusion and ambiguity, both harmful and costly programmatic features that are likely to lead to public benefit drop out. Because of ambiguity and the misconception that the rule change is sweeping, immigrants have a difficult choice: feed and care for my family now or pursue permanent status in the country. Applying and qualifying for permanent status is a lengthy process that requires a tremendous amount of work. Compromising that process could seem unimaginable. Instead, many forego crucial safety net benefits today to avoid the catastrophic loss of U.S residency application denial and the possibility of being separated from family.

Additionally, dropping out of one safety net program makes accessing other programs more difficult. Program synergies that reduce hassles to eligibility screening by automatically verifying enrollees are a powerful tool for increasing enrollment. They also exist between a variety of safety net programs. In states with adjunctive eligibility, families who want to enroll in WIC can verify their income by showing proof of enrollment in another program such as Medicaid. Additionally, SNAP enrollment means children are automatically eligible for free school meals. Under the new public charge rule, these synergies will be disrupted. Individuals may drop SNAP or Medicaid coverage, which would raise the administrative burden for applying and maintaining other unaffected programs, such as WIC and school lunches. The increase in hassles or costs to program access will reduce the chances families enroll in these programs. In this way, reductions in enrollment in safety net programs like Medicaid and SNAP are likely to decrease enrollment in related programs as well.

2. Families stop accessing programs because they seem “risky,” which only further exacerbates their limited cognitive and financial slack.

Behavioral science finds that mental bandwidth is a limited resource for all humans, and is particularly constrained for people living with low incomes who often have depleted cognitive or financial “slack.”  Additionally, research has shown that without “slack” people tend to be risk averse. Because of the high costs of immigration (think: transitioning to a new place, often with limited resources, learning a new language, and navigating new systems and communities), immigrants may have little slack, and so they are less likely to take on seemingly risky decisions. Thus, when faced with the choice between obtaining health care and nutrition support today [2] versus retaining permanent residency status, many choose to avoid the loss of U.S. residency.

Unfortunately, this excruciating choice further taxes already-limited bandwidth. While reducing the likelihood of a large loss, individuals forgo the very resources that could help create cognitive and financial slack for themselves and their families. They must make additional tough budget tradeoffs: forgo gas or let the power be cut off to pay for needed childcare that month or select cheaper, but less healthy foods in order to pay rent. Without slack, even the smallest of issues (like an unexpected car repair bill or medical emergency) is likely to produce an intensifying spiral of scarcity, putting economic mobility even further out of reach.

The sole goal of this rule change is consistent with the Trump administration’s immigration policy agenda: systematically disempower immigrants, and reframe narratives about immigrants to hurt them and score political points. Turn on any news outlet and listen to the language, framing, and rhetoric used by the administration: it’s very easy to see how fear spreads. And indeed, rumors, misinformation, and uncertainty about eligibility are common within the immigrant community. Uncertainty about which programs are included in the rule or even whether the rule has taken effect increases fear of losing immigration status and reinforces stigma around accessing programs. Eligibility for the safety net varies by state and individual program and is already complicated for people to navigate without the public charge rule. This rule change is intended to add a thick layer of fear. Why would I sign up for social safety net programs, if it puts my family and me at risk? In the context of ICE roundups, many immigrants are left feeling powerless in a country where they want to build a meaningful life.

Since the announced change to the ‘public charge’ rule, overall enrollment in Medicaid, SNAP, and WIC declined

Of course, predictions are one thing, but evidence is another. Curious about the actual effects of just the announcement of the rule change, we analyzed recent changes to enrollment using publicly available data. We examined enrollment data for Medicaid, SNAP, and WIC over the three-month period after the change was announced, October to December 2018, for all 50 states. National enrollment in each program declined: Medicaid enrollment decreased by over 405,000 (0.6%), WIC enrollment by almost 290,000 (4.5%), and SNAP by over 550,000 (1.5%). The maps below show the percent change in SNAP, WIC, and Medicaid enrollment by state [3]. Even though WIC is technically exempt from the public charge rule, program enrollment in Q4 2018 declined in all 50 states, including declines of 9% in North Carolina and more than 5% in California, Texas, Florida, and Illinois. Medicaid enrollment in Q4 2018 dropped in 35 of 50 states, while SNAP enrollment decreased in 41 of 50 states as well.

Furthermore, there were greater enrollment declines observed in counties with larger immigrant populations, indicating that the proposed change in the public charge rule is leading to reductions in safety net access. We used publicly available data from over 150 counties with large undocumented populations as a proxy for areas likely to be affected by fear of the expanded public charge rule [4] and compared the change in SNAP enrollment from July 2018 to January 2019 against the percentage of those counties that are undocumented [5].

On average, for every 1 percentage point increase in a county’s undocumented population, the county experiences a quarter-point larger fall in SNAP enrollment. We plotted this relationship every six months since January 2015 and found that the only one with a statistically significant negative relationship was the period that coincides with the announcement of the proposed public charge rule [6].

Overall, our analysis indicates that hundreds of thousands of adults and children are already being negatively affected by the administration’s proposed rule change. This is predicted by what we know from behavioral science and designing effective programs to support economic justice.

The mere announcement of this proposed public charge rule is an all-too effective form of sludge—the administration harmfully used behavioral principles to inhibit those they have deemed “undeserving” from lawfully accessing programs to help themselves and their families. If this rule change takes effect, it has the potential to do even greater harm to millions more. At ideas42, we believe we should be using the social safety net to promote health and well-being among all of our neighbors, regardless of where they started.

Weaponizing these important programs in a xenophobic effort to punish immigrants is more than just sludge. It’s a fundamental abrogation of the deeply held principles that have made the United States one of the strongest nations on earth, summarized on that most symbolic of monuments, the Statue of Liberty: “Give me your tired, your poor, Your huddled masses yearning to breathe free…”

[1] In 2016, 6.8 million U.S. citizen children were enrolled in Medicaid/ CHIP and had at least one noncitizen parent, one in five of Medicaid/CHIP enrolled children nationwide.

[2] Accessing benefits may be seen as risky because it requires interfacing with government agencies that immigrants may misperceive as informing agencies like Immigration and Customs Enforcement (ICE).

[4] Undocumented immigrants are broadly ineligible for safety net programs such as SNAP, Medicaid, SSI, and TANF. Those likely to be affected by the rule change are legal noncitizen immigrants seeking permanent status and their families.

[6] We explore only SNAP because data at the county level is available publicly, while it is not for Medicaid and WIC.