Globally, 35% of women have experienced gender-based violence and the vast majority is perpetrated by partners. While many circumstances can contribute to violence, researchers working in intimate partner violence (IPV) have long recognized that alcohol consumption is an important factor. While there are a handful of very effective interventions to reduce alcohol consumption, only a small fraction of these interventions were tested for their effectiveness in reducing IPV. Of these, even fewer have been tested in low- and middle-income countries, where rates of intimate partner violence are the highest. Additionally, while the link between alcohol and violence is well-documented, relatively few programs have attempted to reduce IPV by targeting alcohol use.

We teamed up with leading experts in the field, including Research Triangle Institute, Saint John’s Research Institute, and a local community development organization, APSA, to develop a novel intervention aimed at reducing male alcohol consumption and preventing IPV. We designed our intervention based on evidence that:

We conducted a pilot of our intervention in Bangalore, India, over four to six weeks with 60 couples. There were two treatment arms and a control arm with 20 couples in each arm. In the first treatment arm, men were given a cash incentive to be sober at night for four weeks; sobriety was measured through regular breathalyzer tests. In the second treatment arm, men were incentivized to be sober at night, and they also participated in four behavioral couples therapy (BCT) sessions with their wives. The BCT sessions were conducted by lay counselors. We ran a randomized pilot to test the feasibility and effectiveness of our intervention on drinking and intimate partner violence.

Learn more about these solutions here.

We saw a decrease in alcohol consumption in both intervention arms that were incentivized to be sober at night, with an even larger reduction among men who also participated in BCT. This aligns with existing evidence and suggests that pairing incentives with BCT has added benefits for alcohol reduction interventions. Additionally, we measured violence reported by women four months after the intervention ended and the decrease in violence was sustained.

The decreases in violence for both arms were driven by men being less controlling of their female partners, which may have resulted from improved communication skills and emotional regulation that are both hindered by drinking. While the reduction was greater among men who were incentivized to be sober at night and participated in BCT, it’s important not to overlook the significance that incentivizing men to stop drinking—without any other intervention aimed at addressing violence—significantly reduced intimate partner violence. Alcohol use alone can be an important lever for reducing intimate partner violence.

Despite the staggering number of women who experience IPV, evidence-based strategies to reliably reduce violence are lacking. The promising results from this pilot in India demonstrate that when men drink less at night, women experience less violence. The impact of this intervention is underscored by the fact that couples only attended four weeks of BCT counseling led by non-professional lay counselors (most successful programs have 8-12 sessions and are led by professional counselors), and that the study was intended to demonstrate feasibility, not measurable impact.

Nonetheless, the reduction in violence and alcohol use were both statistically significant, highlighting the impact of the intervention. These results can be used by people and organizations working to prevent intimate partner violence to strengthen programs that reach the hundreds of millions of women experiencing violence worldwide.

Interested in our work applying behavioral science to global health? Email gh@ideas42.org or tweet at @ideas42 to join the conversation. 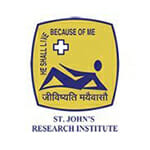 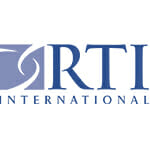 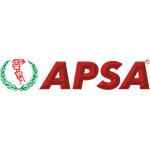 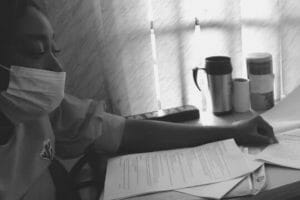 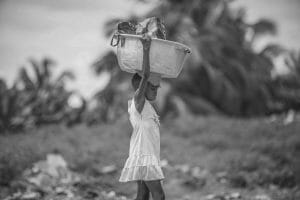 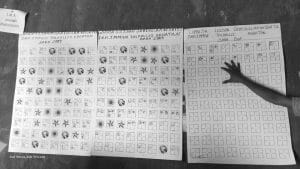 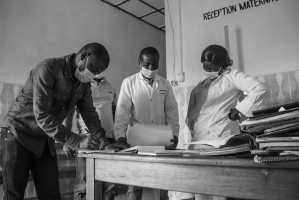 Improving Child Nutrition During and After Illness in the DRC 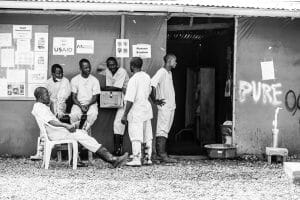